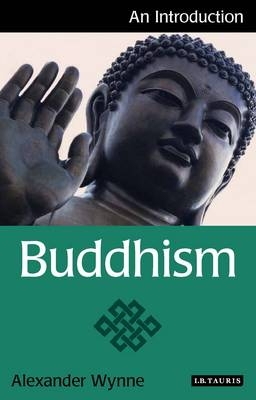 Buddhism is often characterised as one of the most complex and enigmatic of all the world's religions.

Although the Buddha himself was not a philosopher in the sense that that term is often understood, a Buddhist philosophy nevertheless emerged from the Buddha's teachings that was astonishingly rich, profound and elusive.

Buddhism, which for over two millennia has been an integral part of South and East Asian society and civilization, is now increasingly popular in the West, where its teachings about liberation of the self from the cycle of existence have proved attractive to people from a wide variety of backgrounds.

In this new and comprehensive textbook, Alexander Wynne shows that the story of Buddhism as a global system of belief begins with the life of the Buddha in northern India in the fifth century BCE.

He discusses the many new advances that have been made in recent years with regard to Buddhist origins, and traces the ways that formative Indian doctrines helped shape the features of later Asian Buddhism.

Carefully outlining the major Buddhist traditions, Wynne examines in turn the major Mahayana traditions of China, including the Ch'an and Pure Land schools, as well as recent trends in Theravada Buddhism, especially in Sri Lanka and Thailand, and the Tantric Buddhism of Tibet.

Finally, he turns to the role of Buddhism in the modern world, and explores how the western encounter with Buddhism has both affected and been affected it, especially in the fields of cognitive science and modern psychology. [Språk: Engelska] Häftad