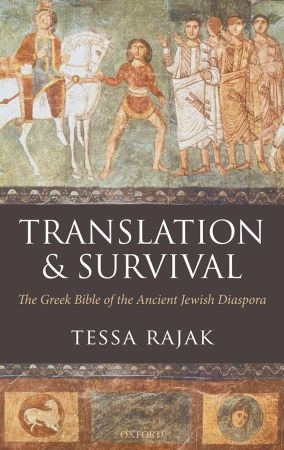 Translation and Survival: The Greek Bible of the Ancient Jewish Diaspora

* Examines a work of translation of seminal importance for Western culture - that of the Hebrew Bible into Greek.

* Extensive range, covering many centuries of the cultures of the eastern Mediterranean.

* Fully documented, with reference to a great variety of primary sources.

The translation of the Hebrew Bible into Greek was the first major translation in Western culture. Its significance was far-reaching. Without a Greek Bible, European history would have been entirely different - no Western Jewish diaspora and no Christianity.

Translation and Survival is a literary and social study of the ancient creators and receivers of the translations, and about their impact.

The Greek Bible served Jews who spoke Greek, and made the survival of the first Jewish diaspora possible; indeed, the translators invented the term 'diaspora'.

It was a tool for the preservation of group identity and for the expression of resistance. It invented a new kind of language and many new terms.

The Greek Bible translations ended up as the Christian Septuagint, taken over along with the entire heritage of Hellenistic Judaism, during the process of the Church's long-drawn-out parting from the Synagogue.

Here, a brilliant creation is restored to its original context and to its first owners.