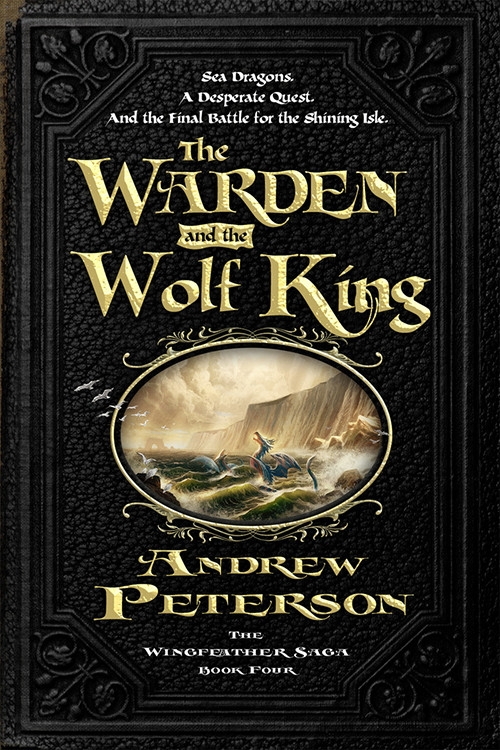 The Warden and the Wolf King ( Wingfeather Saga _04 )

All winter long, people in the Green Hollows have prepared for a final battle with Gnag the Nameless and the Fangs of Dang.

Janner, Kalmar, and Leeli - Throne Warden, Wolf King, and Song Maiden of Anniera - are ready and willing to fight alongside the Hollowsfolk, but when the Fangs make the first move and invade Ban Rona, the children are separated.

Janner is alone and lost in the hills; Leeli is fighting the Fangs from the rooftops of the city; and Kalmar, who carries a terrible secret, is on a course for the Deeps of Throg.

Meanwhile in Skree, Sara Cobbler and Maraly Weaver care for the broken Artham Wingfeather as Fangs muster for battle across the MightyRiver Blapp.

Sea dragons lurk in the waters.

Wicked Stranders crawl through the burrows. Ridgerunners and trolls prowl the land. Cloven haunt the forest.

Monsters and Fangs and villains lie between the children and their only hope of victory - in the epic conclusion of The Wingfeather Saga. [Språk: Engelska] Häftad