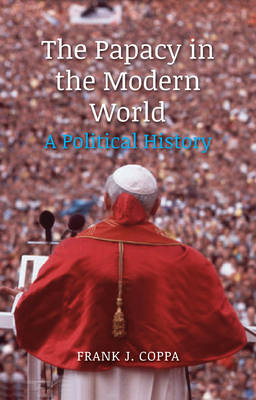 Papacy in the Modern World: A Political History

For some two millennia the papacy has presided over the governance of the Roman Catholic Church and played a fundamentally important role in European and world affairs. Its impact has long transcended the religious realm and has influenced ideological, philosophic, national, social and political developments as well as international relations. This book considers the broad role of the papacy from the end of the eighteenth century to the present and the reaction and response it has evoked over the years, and explores its confrontation with and accommodation to the modern world.

Frank J. Coppa describes the triumphs, controversies and failures of a series of popes from Pius VI to Benedict XVI, including Pius IX, who was criticized for his 'syllabus of Errors' of 1864, his campaign against Italian unification and his proclamation of papal infallibility. Pius XII, on the other hand, was denounced for what he did not say – mainly his silence during the Holocaust and his impartiality during the Second World War. Pope John XXIII, by contrast, has been praised for his aggiornamento, or call for the updating of the Church, and for convoking the Second Vatican Council. This original history sheds new light on the papacy by examining sources only recently made available by the Vatican archives, offering valuable insights into events previously shrouded in mystery.