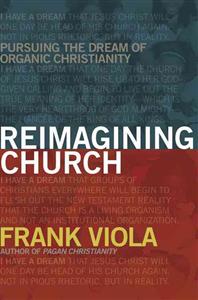 Viola (Pagan Christianity ), a leader in the house church movement, believes the church as we know it today is nothing like what God intended it to be. According to Viola, the first-century church, which should be our pattern, met in homes without any official pastor. All members of the church were involved in worship, spontaneously breaking out with teaching or song as they were moved. Decisions were not made until everyone reached consensus. There were no official leaders or elders, but there were men who served and taught and helped others, thus leading by example. Viola believes that to bring the church back on track, both clergy and denominations must be completely abolished. Churches should not have buildings nor should they worry about doctrinal statements. Such radical ideas will best be received by Emergent and postmodern readers. Skeptics will cringe at Viola's strident tone and all-or-nothing approach. More concrete examples of what Viola has seen work well in his 20 years of house church work would have greatly strengthened the book.