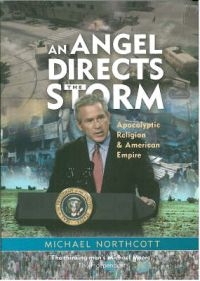 It shows that behind the neo-imperialism of the White House and George W. Bush lies an apocalyptic vision of the United States's sacred destiny »at the end of history», a vision that is shared by millions of Americans.

The authors trace the roots of American apocalyptic to Puritan Millennialism and contemporary fundamentalist readings of the Book of Revelation.

They suggest that Americans urgently need to recover a critique of Empire of the kind espoused by the founder of Christianity - or else risk becoming idolaters of a new Holy Roman Empire that leads others into servitude. [Språk: Engelska] Häftad