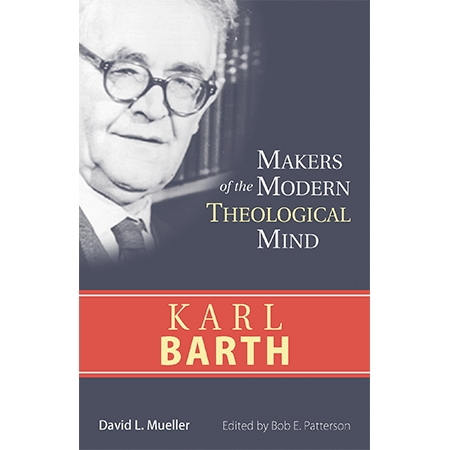 Karl Barth (1886–1968) is perhaps the most influential Protestant theologian of the twentieth century.

He has been called a modern “church father,” who belongs in the list of the most illustrious theologians in the history of Christianity.

The whole course of modern theology changed direction because of his work.

His Epistle to the Romans “fell like a bomb on the playground of the theologians.”

This is Karl Barth, who dominates the theology of the twentieth century.

Even his opponents must establish their positions with respect to his.

Although this book is a brief survey of the life and thought of Barth, Dr. Mueller does an excellent job of confronting us with Barth himself.

His theological development, the central convictions that dominate his work, his major concerns, his creative treatment of difficult areas - these are amply discussed and illustrated.

Primary emphasis is given to Barth's treatment of the doctrine of revelation and the knowledge of God.

Mueller also discusses Barth's christocentric approach to theology, especially as it is seen in the doctrines of election, creation, man, and reconciliation. [Språk: Engelska] Häftad