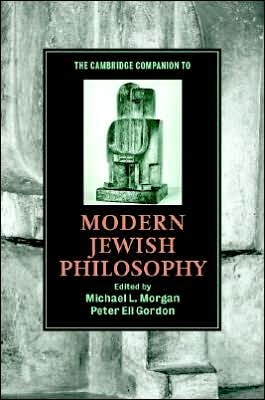 Modern Jewish philosophy emerged in the seventeenth century, with the impact of the new science and modern philosophy on thinkers who were reflecting upon the nature of Judaism and Jewish life.

This collection of new essays examines the work of several of the most important of these figures, from the seventeenth to the late-twentieth centuries, and addresses themes central to the tradition of modern Jewish philosophy: language and revelation, autonomy and authority, the problem of evil, messianism, the influence of Kant, and feminism.

Other thinkers discussed include Maimon, Benjamin, Derrida, Scholem, and Arendt.

The sixteen original essays are written by a world-renowned group of scholars especially for this volume and give a broad and rich picture of the tradition of modern Jewish philosophy over a period of four centuries. [Språk: Engelska] Häftad