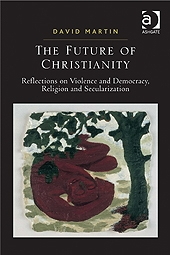 Future of Christianity: Reflections on Violence and Democracy, Religion and Recularization

This book offers a mature assessment of themes preoccupying David Martin over some fifty years, complementing his book On Secularization.

Deploying secularisation as an omnibus word bringing many dimensions into play, Martin argues that the boundaries of the concept of secularisation must not be redefined simply to cover aberrant cases, as when the focus was more on America as an exception rather than on Europe as an exception to the 'furiously religious' character of the rest of the world.

Particular themes of focus include the dialectic of Christianity and secularization, the relation of Christianity to multiple enlightenments and modes of modernity, the enigmas of East Germany and Eastern Europe, and the rise of the transnational religious voluntary association, including Pentecostalism, as that feeds into vast religious changes in the developing world. Doubts are cast on the idea that religion has ever been privatised and has lately reentered the public realm.

The rest of the book deals with the relation of the Christian repertoire to the nexus of religion and politics, including democracy and violence and sharply criticises polemical assertions of a special relation of religion to violence, and explores the contributions of 'cognitive science' to the debate

Part 3 Religion and Politics; Democracy and Violence: The religious and the political; Christianity, violence and democracy; Protestantism and democracy; Multiple ironies and necessary paradoxes: a review of religion, fanaticism and violence; Indexes.

Professor David Martin is Honorary Professor in the Department of Religious Studies, Lancaster University ; Emeritus Professor of Sociology at the London School of Economics; and a prolific contributor to public as well as sociological debate about religion. [Språk: Engelska] Häftad