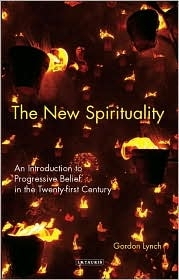 Much attention has been given in recent writings about religion to fundamentalism and the 'religious right'.

But much less attention has been given to their opposite - the emergence of a new generation of progressive religious thinkers and organisations on the 'religious left'.

The New Spirituality is one of the first books to give a comprehensive and authoritative account of this burgeoning progressive religious movement.

It offers a clear and engaging analysis of the cultural roots, key ideas and organisational structures of this new faith, assessing its significance in the changing moral and religious landscape of contemporary western society.

Gordon Lynch argues that we are witnessing the rise of a new religious ideology which reveres the natural world, connects religious faith with novel scientific theories, and has a forward-looking agenda for society's transformation.

Produced by one of Britain's leading writers on the changing patterns of modern religion, The New Spirituality will be essential reading for students attempting to understand the shape of religious belief in the twenty-first century. [Språk: Engelska] Häftad