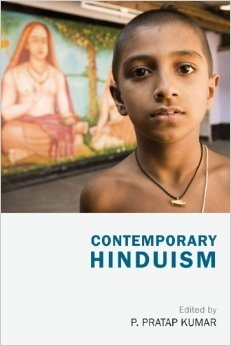 Most overviews of Hindu belief and practice follow a history from the ancient Vedas to today. Such approaches privilege Brahmanical traditions and create a sense of Hinduism as a homogenous system and culture, and one which is largely unchanging and based solely on sacred texts. In reality, modern Hindu faith and culture present an extraordinary range of dynamic beliefs and practices. Contemporary Hinduism aims to capture the full breadth of the Hindu worldview as practised today, both in the sub-continent and the diaspora. Global and regional faith, ritualised and everyday practice, Brahmanical and non-Brahmanical belief, and ascetic and devotional traditions are all discussed. Throughout, the discussion is illustrated with detailed case material and images, whilst key terms are highlighted and explained in a glossary. Contemporary Hinduism presents students with a lively and engaging survey of Hinduism, offering an introduction to the oldest and one of the most complex of world religions. [Språk: Engelska] Häftad