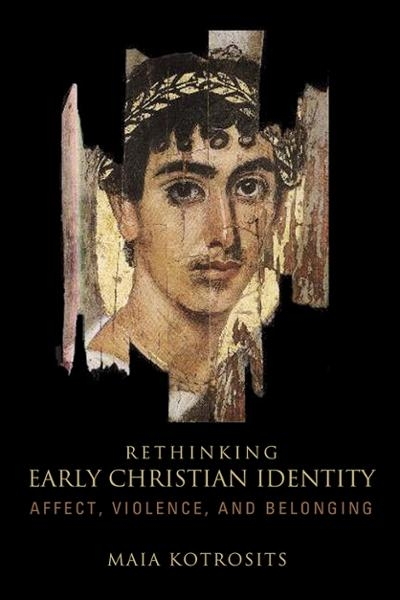 Maia Kotrosits challenges the contemporary notion of “early Christian literature,” showing that a number of texts usually so described - New Testament writings including Hebrews, Acts, the Gospel of John, Colossians, and 1 Peter, as well as the letters of Ignatius, the Gospel of Truth, and the Secret Revelation of John - are “not particularly interested” in a distinctive Christian identity or self-definition.

Rather, by appealing to the categories of trauma studies and diaspora theory and giving careful attention to the dynamics within each of these texts, she shows that this sample of writings offers complex reckonings with chaotic diasporic conditions and the transgenerational trauma of colonial violence.

The heart of her study is an inquiry into the significance contemporary readers invest in ancient writings as expressions of a coherent identity, asking, “What do we need and want out of history?”

Kotrosits interacts with important recent work on identity and sociality in the Roman world and on the dynamics of desire in contemporary biblical scholarship as well.

At last, she argues that the writings discussed made possible the rise of Christianity by effecting a “forgetfulness” of imperial trauma - and questions the affective dimensions of contemporary empire-critical scholarship. [Språk: Engelska] Häftad