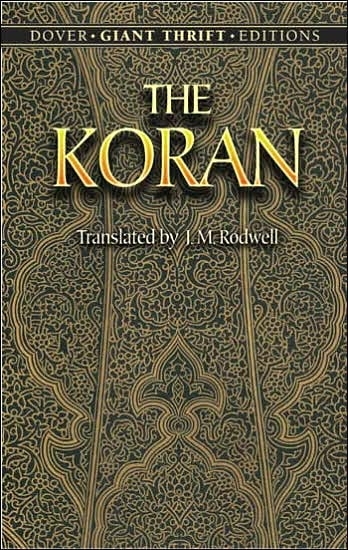 Originally written in Arabic, in rhymed prose, the Koran is regarded by devout Muslims to be the direct word of God as revealed to the prophet Muhammad.

A guide to daily life, the book is considered the finest work of Arabic prose in existence and one of the most important and influential books known to mankind.

M. J. Rodwell's accessible translation restores the traditional ordering of the chapters, which deal with God as creator, the role of Muhammad as God's messenger, as well as legal, social, and ethical issues.

In a convenient size that is ideal for prayer or study, this edition will be invaluable to students of religion, history, and politics and of interest to anyone concerned with Middle Eastern cultures. [Språk: Engelska] Häftad