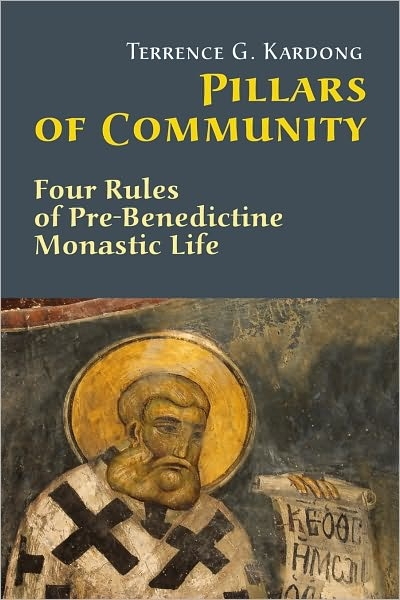 Anyone who has explored a great Romanesque church has been impressed, even awed, by the mighty stone foundations supporting the great central tower.

As four pillars give a firm base to these soaring structures, so four ancient Rules stand beneath the foundations of Western monasticism, giving a structure on which later spiritual architects, Benedict among them, would build.

In this book Terrence Kardong explores the lives and Rules of four of the earliest monastic writers-Basil, Pachomius, Augustine, and the anonymous author of the rules of Lérins.

ir monasticism. For example, readers will learn that:

Basil of Caesarea learned the monastic way from his sister Macrina.

Augustine shunned the term »monk» because of the bad reputation of local monks associated with the Donatist heresy.

Pachomian Rule instructs on the use of boats and how to hang out the wash in the burning Egyptian sun.

The Rules of Lérins begin with a call to community but then focus their attention on the superior.

Yet as varied as these Rules are, they are based on the same fundamental understanding of what a Christian monk and a Christian community should be; thus they furnish a solid foundation for the great edifice still to come. [Språk: Engelska] Häftad