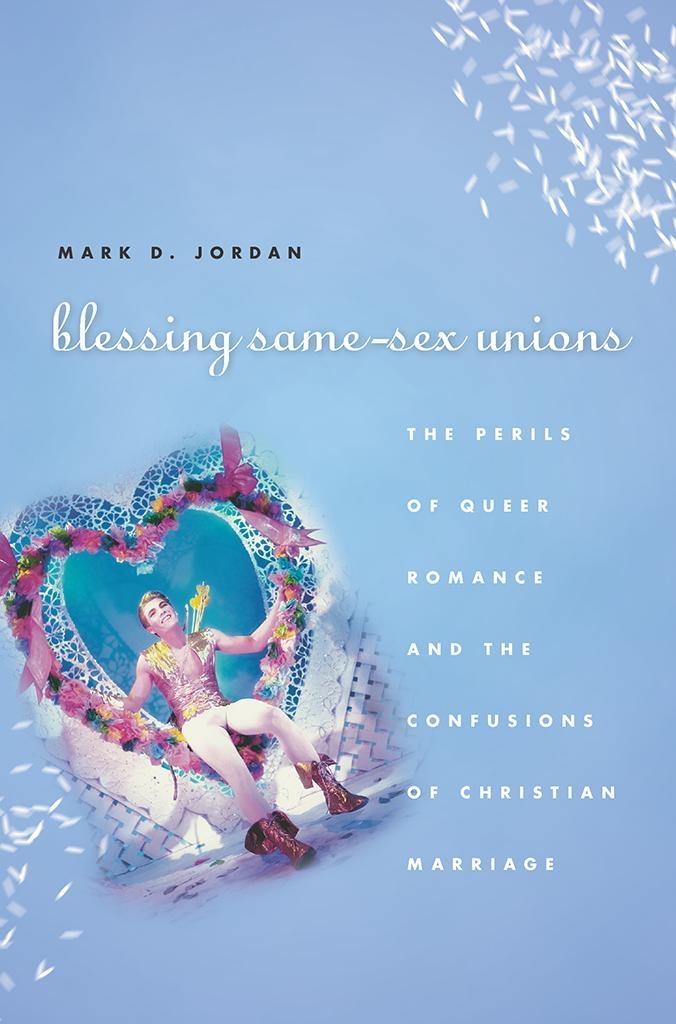 Blessing Same-Sex Unions: The Perils of Queer Romance and the Confusions of Christian Marriage

At most church weddings, the person presiding over the ritual is not a priest or a pastor, but the wedding planner, followed by the photographer, the florist, and the caterer. And in this day and age, more wedding theology is supplied by Modern Bride magazine or reality television than by any of the Christian treatises on holy matrimony. Indeed, church weddings have strayed long and far from distinctly Christian aspirations. The costumes and gestures might still be right, but the intentions are hardly religious.Why then, asks noted gay commentator Mark D. Jordan, are so many churches vehemently opposed to blessing same-sex unions? In this incisive work, Jordan shows how carefully selected ideals of Christian marriage have come to dominate recent debates over same-sex unions. Opponents of gay marriage, he reveals, too often confuse simplified ideals of matrimony with historical facts. They suppose, for instance, that there has been a stable Christian tradition of marriage across millennia, when in reality Christians have quarreled among themselves for centuries about even the most basic elements of marital theology, authorizing experiments like polygamy and divorce. Jordan also argues that no matter what the courts do, Christian churches will have to decide for themselves whether to bless same-sex unions. No civil compromise can settle the religious questions surrounding gay marriage. And queer Christians, he contends, will have to discover for themselves what they really want out of marriage. If they are not just after legal recognition as a couple or a place at the social table, do they really seek the blessing of God? Or just the garish melodrama of a white wedding? Posing trenchant questions such as these, Blessing Same-Sex Unions will be a must-read for both sides of the debate over gay marriage in America today. [Språk: Engelska] Häftad