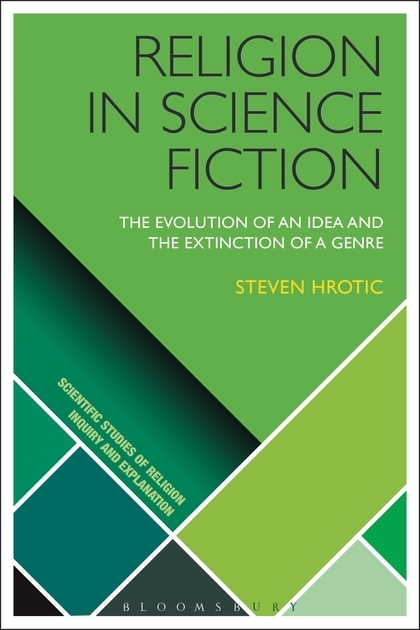 Religion in Science Fiction: The Evolution of an Idea and the Extinction of a Genre ( Scientific Studies of Religion: Inquiry and Explanation )

Religion in Science Fiction investigates the history of the representations of religion in science fiction literature.

Speculating on the societal impacts of as-yet-undiscovered technologies is, after all, one of the distinguishing characteristics of science fiction literature.

A more surprising theme may be a parallel exploration of religion: its institutional nature, social functions, and the tensions between religious and scientific worldviews.

Steven Hrotic investigates the representations of religion in 19th century proto-science fiction, and genre science fiction from the 1920s through the end of the century.

Taken together, he argues that these stories tell an overarching story-a 'metanarrative'-of an evolving respect for religion, paralleling a decline in the belief that science will lead us to an ideal (and religion-free) future.

Science fiction's metanarrative represents more than simply a shift in popular perceptions of religion: it also serves as a model for cognitive anthropology, providing new insights into how groups and identities form in a globalized world, and into how crucial a role narratives may play.

Ironically, this same perspective suggests that science fiction, as it was in the 20th century, may no longer exist. [Språk: Engelska] Häftad