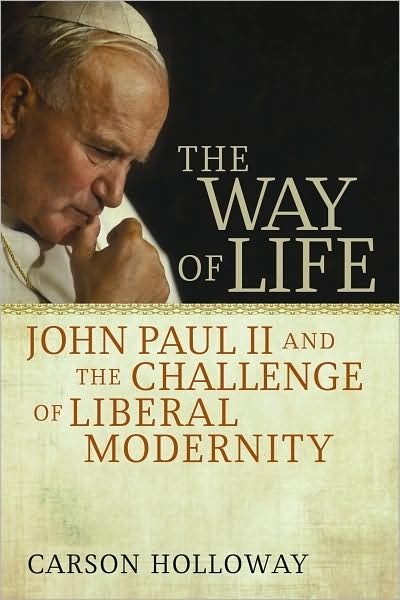 Way of Life, The: John Paul II and the Challenge of Liberal Modernity

The passing of John Paul II provoked questions about the Pope, particularly in his relation to modernity.

Was he opposed to the tenets of modernity, as some critics claimed?

Or did he accommodate modernity in a way no Pope ever had, as his champions asserted?

In The Way of Life, Carson Holloway examines the fundamental philosophers of modernity-from Hobbes to Toqueville-to suggest that John Paul II's critique of modernity is intended not to reject, but to improve.

Thus, claims Holloway, it is appropriate for liberal modernity to attend to the Pope's thought, receiving it not as the attack of an enemy but as the criticism of a candid friend. [Språk: Engelska] Häftad