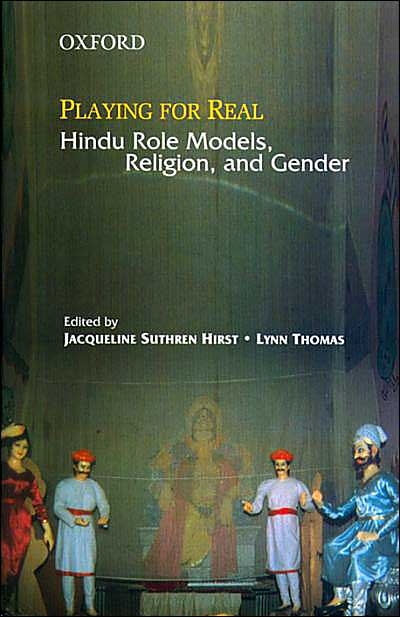 Each society has a corpus of images and models to which individuals aspire.

These role models explicitly and implicitly shape people's understanding of their own roles, identities, relationships, and have a powerful and continuing influence on them.

This book investigates the ways in which these influential figures and types, mythological and contemporary, have functioned and continue to function as role models in matters of gender, authority, and power in a variety of Hindu contexts.

The contributors analyse the ways in which today's social agendas are related to the past in order to shape the future.

Sharing a broadly 'social constructionist' approach, each essay looks at a unique aspect of the way in which figures promoted as role models contribute to particular regimes of representation and influence conduct with real, practical effects.

Focusing on circumstances in which these patterning images are transmitted such as in the classrooms of modern India, or in texts influenced by changing political situations, the essays also examine the role models through particular television programmes, or in domestic or public rituals.

They further examine who has the power and the means to constitute role models for whom.

The volume offers a timely reminder of the diversity, richness and continual reconstruction of Hindu traditions as they 'play for real' and is also a useful study in the construction and operation of role models in general.

This book will be of interest to scholars and researchers of sociology, social anthropology, ethnic and religious studies, as also the lay reader. [Språk: Engelska] Inbunden