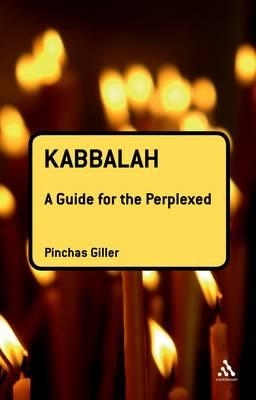 Kabbalah: Guide for the Perplexed

Kabbalah: A Guide for the Perplexed is a concise and accessible introduction to the major elements of the prevalent metaphysical system of Judaism, Kabbalah.

The book covers the historical and theoretical essence of Kabbalah, offering a clear definition of the term and the limitations of what Kabbalah is and is not.

Pinchas Giller provides an overview of the history of the movement, reflecting the sweep of Jewish history as a whole, and examines its metaphysical system, the advanced mythos of early and later Luria, doctrines of the soul, and the mysteries of Jewish religious practice and law.

The book concludes with a summary of the contemporary kabbalistic phenomena, particularly in light of the notoriety of some modern purveyors of Kabbalah.

As cogent and objective as possible, this is the ideal companion for those wishing to gain a sound understanding of this often perplexing mystical aspect of Judaism. [Språk: Engelska] Häftad