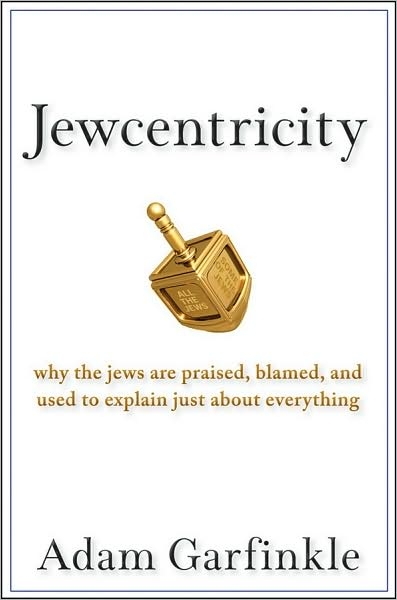 Jewcentricity: Why the Jews are Praised, Blamed, and used to Explain just About Everything

Mel Gibson blamed all the wars on Jews.

Dishy Danish citizen Scarlett Johansson is Jewish, Madonna is into Jewish mysticism, and some claim that Abe Lincoln was Jewish.

Nearly everyone, it seems.

If it's about Jews, it's news.

Adam Garfinkle looks deeply into the world's obsession with Jews, positive as well as negative, to find answers about where it comes from and where it might be going.

Combining insights from history, sociology, religion, and international politics, he explains how a misunderstanding of strategies that have kept the Jewish Diaspora going for millennia have led to distortions about Jewish influence, intelligence, and success–and to charges of chauvinism, financial manipulation, and conspiratorial lever-pulling.

Adam Garfinkle (Washington, DC) is the founding editor of the American Interest, a bimonthly magazine on politics and public affairs. [Språk: Engelska] Inbunden