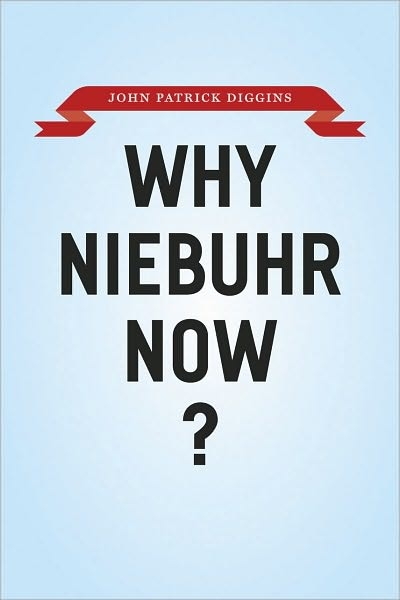 Barack Obama has called him »one of my favorite philosophers.» John McCain wrote that he is »a paragon of clarity about the costs of a good war.» Andrew Sullivan has said, »We need Niebuhr now more than ever.» For a theologian who died in 1971, Reinhold Niebuhr is maintaining a remarkably high profile in the twenty-first century.

In Why Niebuhr Now? acclaimed historian John Patrick Diggins tackles the complicated question of why, at a time of great uncertainty about America's proper role in the world, leading politicians and thinkers are turning to Niebuhr for answers.

Diggins begins by clearly and carefully working through Niebuhr's theology, which focuses less on God's presence than his absence - and the ways that absence abets the all-too-human sin of pride.

He then shows how that theology informed Niebuhr's worldview, leading him to be at the same time a strong opponent of fascism and communism and a leading advocate for humility and caution in foreign policy.

Turning to the present, Diggins highlights what he argues is a misuse of Niebuhr's legacy on both the right and the left: while neoconservatives distort Niebuhr's arguments to support their call for an endless war on terror in the name of stopping evil, many liberal interventionists conveniently ignore Niebuhr's fundamental doubts about power.

Ultimately, Niebuhr's greatest lesson is that, while it is our duty to struggle for good, we must at the same time be wary of hubris, remembering the limits of our understanding.

The final work from a distinguished writer who spent his entire career reflecting on America's history and promise, Why Niebuhr Now? is a compact and perceptive book that will be the starting point for all future discussions of Niebuhr. [Språk: Engelska] Inbunden