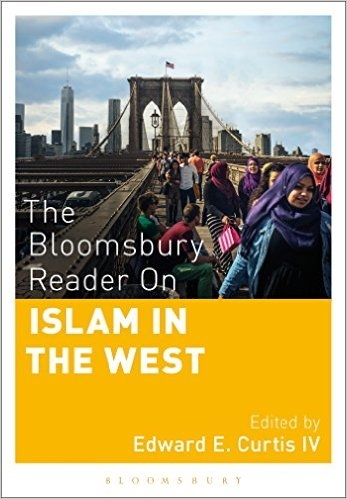 Bloomsbury Reader on Islam in the West

For more than a millennium, Islam has been a vital part of Western civilization. Today, however, it is sometimes assumed that Islam is a foreign element inside the West, and even that Islam and the West are doomed to be in perpetual conflict. The need for accurate, reliable scholarship on this topic has never been more urgent. The Bloomsbury Reader on Islam in the West brings together some of the most important, up-to-date scholarly writings published on this subject. The Reader explores not only the presence of Muslim religious practitioners in Europe and the Americas but also the impact of Islamic ideas and Muslims on Western politics, societies, and cultures. It is ideal for use in the university classroom, with an extensive introduction by Edward E. Curtis IV and a timeline of key events in the history of Islam in the West. A brief introduction to the author and the topic is provided at the start of each excerpt. Part 1, on the history of Islam in the West, probes the role of Muslims and the significance of Islam in medieval, early modern, and modern settings such as Islamic Spain, colonial-era Latin America, sixteenth-century France, nineteenth-century Crimea, interwar Albania, the post-World War II United States, and late twentieth-century Germany. Part 2 focuses on the contemporary West, examining debates over Muslim citizenship, the war on terrorism, anti-Muslim prejudice, and Islam and gender, while also providing readers with a concrete sense of how Muslims practise and live out Islamic ideals in their private and public lives. [Språk: Engelska] Häftad