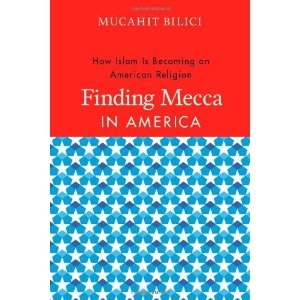 Finding Mecca in America: How Islam Is Becoming an American Religion

The events of 9/11 had a profound impact on American society, but they had an even more lasting effect on Muslims living in the United States.

Once practically invisible, they suddenly found themselves overexposed.

By describing how Islam in America began as a strange cultural object and is gradually sinking into familiarity, Finding Mecca in America illuminates the growing relationship between Islam and American culture as Muslims find a homeland in America.

Rich in ethnographic detail, the book is an up-close account of how Islam takes its American shape.

In this book, Mucahit Bilici traces American Muslims' progress from outsiders to natives and from immigrants to citizens. Drawing on the philosophies of Simmel and Heidegger, Bilici develops a novel sociological approach and offers insights into the civil rights activities of Muslim Americans, their increasing efforts at interfaith dialogue, and the recent phenomenon of Muslim ethnic comedy. Theoretically sophisticated, Finding Mecca in America is both a portrait of American Islam and a groundbreaking study of what it means to feel at home. [Språk: Engelska] Häftad