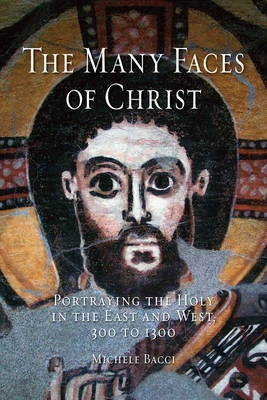 It is common to think of Jesus of Nazareth's main physical characteristics as including long, wavy, blondish hair and a short beard.

Yet the Holy Scriptures are silent about Christ's features, and his representations are hardly consistent in early Christian and medieval arts.

The wearing of long hair, moreover, is explicitly condemned by St Paul as shameful and effeminate: therefore it is surprising that, notwithstanding the Apostle's authoritative judgement, the long-haired archetype came to be accepted, as late as the ninth century, as the standard iconography of the Son of God.

In The Many Faces of Christ Michele Bacci examines the complex historical and cultural dynamics underlying the making and final successful establishment of Christ's image between late antiquity and the early Renaissance.

Unlike earlier studies, the process is described against the background of ancient and biblical conceptions of beauty and the physical look as indicators of moral, ascetic or messianic qualities.

It takes into account a broad spectrum of both iconographic and textual sources and investigates the increasingly dominant role played by visual experience in Christian religious practice, which promoted belief in the existence of ancient documents of Christ's appearance and resulted in the shaping of portrait-like images, said to be true to life.

Such phenomena are described in a comparative perspective, with glances at analogous processes in the Jewish, Muslim, Buddhist, Hindu, Jain and Taoist traditions. [Språk: Engelska] Inbunden